Lebron James gets in roughly 8 hours of sleep every day, plus a few naps. Meanwhile The Rock is up at 3.30am every morning getting in a work out. When he was President, Obama carved out personal time for himself in the late hours of the night, unlike Michelle who regularly woke up at 4.30am to exercise.

On Daily Routines, we break down the habits, rituals and routines of the world’s most successful people, with a particular focus on how they manage their sleep.

As the years have gone by, Gates has gone from regularly pulling all-nighters while building Microsoft to understanding, and advocating, the importance of sleep. “Once or twice, I stayed up two nights in a row. I knew I wasn’t as sharp when I was operating mostly on caffeine and adrenaline, but I was obsessed with my work, and I felt that sleeping a lot was lazy,” he wrote on his blog. Today, Gates regularly gets at least seven hours of sleep per night.

In 2016 Bezos told Thrive Global that he likes to get 8 hours of sleep every night, “Eight hours of sleep makes a big difference for me, and I try hard to make that a priority. For me, that’s the needed amount to feel energized and excited.”

Branson will usually end his day with a group dinner – he’s recently swapped his few glasses of alcohol in the evenings for sparking water and lemon – and then head off to bed at around 11pm and wake up at 5am for exercise first thing in the morning.

When he was serving as the President of the United States, at the end of each day, Obama will head into his private office and have a few hours each night to himself. He’ll head off to bed anytime between midnight and 2am, and wake up at 7am the next morning.

In a 2015 Quora post, she highlighted the difference in sleep patterns between herself and Zuckerberg, “he assumed that I’d been sick since I went to bed at 9:30pm. I explained that with two young children, 9:30pm was often my normal bed time.” Sandberg wakes up at 5.30am every day to get her kids ready for school.

“Neglecting sleep is a terrible mistake. It’s the one debt you can never pay off, and it affects everyone around you, too. I go to sleep around 10ish, and get up around six-ish — either to the sun or to my son.”

With a bedtime of around 1am, Musk typically wakes up at 7am, getting 6 to 6.5 hours of sleep, which, he discovered over the years is his sweet spot. “Sleep is really great. I find if I don’t get enough sleep I’m quite grumpy. I could drop below a certain threshold of sleep, although I would be awake more hours I would get less done because my mental acuity would be affected,” Musk said in a 2015 reddit AMA.

The Outliers author usually winds up his day with watching sports on TV or reading a memoir – in 2011, he was finishing up the Keith Richards autobiography, Life – before heading off to sleep at around 11pm to midnight. Gladwell starts his day between 8-8.30am.

Arianna Huffington is one of the most prominent advocates for work-life balance and getting enough sleep. On an average day, she doesn’t use an alarm, waking up naturally after she’s had her 8 hours of sleep, which is around 7am. She avoids looking at her phone first thing in the morning, instead, taking some time out to meditate, or on some occasions, write down her dream.

When it comes to sleep, Arnold is sleeping less now than he was when he was younger. “I have slept nine hours a day when I was 19 years old because at that point, when I was younger, I needed more sleep,” he told Tim Ferriss in 2018. “As time went on, I needed less and less sleep. Now, it doesn’t matter where I am, I wake up six hours after I go to sleep.”

In an interview with Tim Ferriss, Popova revealed that, while her wake up time varies, it’s always “exactly eight hours after I’ve gone to bed.” She’ll then start her day in her Brooklyn apartment with a 15-20 minute meditation session and a workout — 20 chin ups, 50 push ups, then a series of planks and stretches — before heading to the gym where most of her long-form reading is done while she’s on the ellipitcal.

For Allyson Felix, the only female track and field athlete to ever win six Olympic gold medals (one at 2008 Beijing, three at 2012 London and two at 2016 Rio), there’s nothing more important to her success than getting a good night’s sleep.

To make sure she’s able to recover from her intense training routine, Felix makes sure she gets at least 7-8 hours sleep every day, usually supplemented with daytime naps whenever she can.

During a the height of the Bad Boy era, when the Billboard charts were emblazoned with songs by Biggie, Mase, and Puffy himself, he did an interview with Rolling Stone magazine and took readers through a typical day in his life:

Up at 10 in the morning. Then I’m on the phone – I’m in the bed, I’m on the phone, answering calls and puttin’ out fires. I’m up at, like, 11:30; I go to the office for a little while, then I go past the restaurant and on to the studio. I probably have rehearsals or interviews after that, then I go back to the studio around 9 or 10 at night and work there until, like, 4 or 5 in the morning. Then I go to sleep and start all over again. And I love my job.

Before heading off to bed at 11pm, Jocko will get everything ready for the next day, including writing his to-do list and laying out his training gear.

Jocko wakes up between 4.30-4.45am every day and go straight into a workout, which revolves around a four-day split (pull, push, lift, squat) and also includes some core exercises and cardio work.

When it comes to sleep, Lebron has long recognised the benefits of getting enough and typically averages 12 hours of sleep a day. He wakes up at 5am after getting at least 8-9 hours of sleep, and will nap throughout the day.

“For my 13-year career, I’ve taken a nap for the most part every day and for sure on game days,” Lebron told CBS Sports. “Sleep is the most important thing when it comes to recovery. And it’s very tough with our schedule. Our schedule keeps us up late at night, and most of the time it wakes us up early in the morning. There’s no better recovery than sleep.”

With a typical wake up time of 3.30am, Johnson is one of those rare people who don’t need as much sleep, he usually gets three to five hours per night. While this sounds an insanely low amount of hours for sleep, Johnson revealed that being awake and having time to himself was more important than sleep.

“The only thing that’s regimented is I have to wake up before the sun gets up, and I have my two hours alone when no one else is up and the house is quiet,” he told Variety in a 2017 profile. “I often sacrifice two hours of sleep just so I can have the quiet two hours that I need before the whole house wakes up, including the animals.”

Floyd Mayweather is a night owl. For his whole life, boxing has been the centre of his world, so it’s only fitting that Mayweather’s lifestyle revolves around the late night main event hours which he regularly headlined before retirement.

For the 34-year old CEO, who typically stays up to 2am working at the Box headquarters, taking naps are the secret weapon to what Levie dubs “continuous productivity.” Because of his late night working hours, Levie tends to wake up between 9.30-10am, “I’m in bed for 30 minutes swiping, replying, and deleting. I try to make sure I have no unread messages by the time I get into the office,” he told Fast Company in 2013. 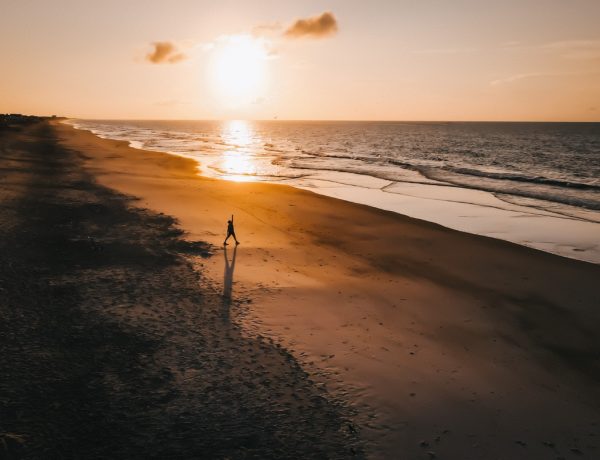