In a 2017 interview with Fighters Only Magazine, Dustin Poirier was asked “If you could fight anyone in any weight class, who would you choose to pick a fight and why?” The Lafayette fighter replied, “If I could get a rematch with Conor McGregor, I would want that fight.”

Back in 2014, before either fighters were globally known or had touched UFC gold, they were matched together again on the undercard of UFC 178: Johnson vs. Cariaso. Poirier was still fighting in the featherweight division at the time; the same division McGregor was tearing through as he started his phenomenal title run.

Their fight was over before it even had begun. McGregor dropped Poirier with a left hook and finished him on the ground just a minute and 46 seconds into the bout. It was a devastating loss for Poirier, especially since McGregor had been trash-talking him for the whole lead up, but looking back at it in hindsight, he recognised the fight as a turning point for him.

“I’ve always been an emotional fighter and that emotion fueled a lot of my early performances,” Poirier said in an interview with FloCombat. “I would get angry because I’m about to step in there and go toe-to-toe with someone who is trying to hurt me just like I intend to hurt them, and that energy shifts gears into that kill or be killed mindset.

“I always saw it as a plus but the Conor fight was the turning point. I remember I was backstage getting ready to walk out and I saw him and he threw this smile and pointed at me. I don’t know why but it really got to me, man. It really messed with my head. I mean I’m about to go out and fight this dude and he’s back there smiling at me? After that fight I knew I had to find a different way to use my emotion.”

Just under seven years later, Poirier got his wish, and then some. Headlining the first UFC pay-per-view of 2021, Poirier stared down McGregor in their rematch at UFC 257 in Dubai. They were both in wildly different positions from their first fight — McGregor had transformed into the biggest star in UFC history, capturing belts in the featherweight and light divisions, as well as securing a blockbuster crossover boxing match with Floyd Mayweather.

Poirier, on the other hand, while not generating the same type of headlines as McGregor, had slowly been making his way through a murderer’s row of current and ex-champions on his way to to his title shot. Emerging victorious from brutal wars with violent names like Eddie Alvarez, Justin Gathje, Anthony Pettis and Max Holloway, Poirier proved he belonged at the top of the lightweight division. He ultimately lost his title fight against the division GOAT, Khabib Nurmagomedov, but came back in a fight of the year contender against Dan Hooker.

The rematch started off much like their first match — with the Irishman quickly taking the centre of the Octagon and looking to assert pressure quickly on the Louisiana representative. With more experience and control over his emotions, Poirier weathered the early storm and began mixing in takedowns and leg kicks to target McGregor’s boxing-heavy style. Approaching mid-way through the second round, McGregor’s legs buckled under the constant calf kicks and Poirier swarmed in for the kill, exacting revenge with his own TKO-victory.

I push myself. I am pretty self-motivated. This sport is a marathon, not a sprint. Everybody’s career is different. There are lots of ups and downs. There are a lot of great nights and a few bad nights, too.

In preparations for an upcoming bout, Poirier is typically training out of American Top Team (which also has Jorge Masvidal) in Florida: six days a week, twice a day, with Sundays off. Well, not completely off. “Me and my wife run 5 miles on Sunday. That’s my active recovery. We run slow, at a 9-minute mile,” he told the Sun Sentinel.

Monday, Wednesday and Friday mornings are dedicated to specific training for boxing, wrestling and jiu-jitsu. Then strength & conditioning in the evenings on those days — “A lot of body weight, not too many weights. I do box jumps, flipping a tractor tire, pushing a sled with weights on. I use bands for resistance.” Tuesdays and Thursdays are reserved for groundwork in the morning, and at night, “hard sparring with professional fighters. Wrestling, kickboxing, everything.”

For his training camp against Khabib, Poirier and his coaches brought in wrestlers from all over the world to help prepare him for the Dagestani’s non-stop pressure and mauling style. During fight camp, Poirier wrote about how the wrestling training sessions had been particularly physically and mentally draining:

Honestly, this camp has been a tough camp. It’s grinding. Wrestling every day with guys hanging on me, trying to keep me down and put me against the fence. Every day, every session is like a strength and conditioning session. I’m carrying my weight, carrying the weight of these guys who are trying to hold me down. It’s just a different type of camp. It’s very strenuous. Every training camp is very hard, but this one, just getting ready to wrestle, wrestle, wrestle and get up and build up off the fence and still try to have a high output, is draining over months at a time. This camp is going to be 10 weeks when it’s all said and done.

American Top Team coach, Phil Daru, explained their strategy in an interview with My MMA News, “It’s about increasing muscular endurance, it’s increasing his core stability and strength, and overall hip mobility and making sure that he’s still elusive inside the fight from a movement perspective.”

“Obviously we are getting ready for him to eventually get taken down and from there we have to make sure we have to maintain a good position and we don’t get any transitions made or he doesn’t get passed in his guard,” Daru explained. “So we make sure we have strength from a grip strength perspective and that he has the strength in his hips to get up off his back and do what he does best and that’s his boxing.”

To unwind from his gruelling training sessions for UFC 242, Poirier took his family to Miami, exploring the Miami Seaquarium. “Spending 10 weeks of showing up to the same place twice a day – it’s good to pull away for a day and see some different scenery and show up ready to go again,” he told MMA Junkie. “It’s all about balance. That’s the key to longevity in this sport.”

When it comes to his diet, Poirier has always been big for his weight class, walking around in the 170s during his featherweight days. Now, as a lightweight, Poirier is packing even more muscle mass and typically starts training camp weighing in at 185 pounds. He drops the pounds over the 2-3 months in training camp, and cuts weight down to 155 pounds the week of the fight. By the time fight night comes around, he’s rehydrated back on 20 pounds — he was 176 lbs in his rematch against Holloway.

Poirier described an example daily meal plan during training camp in an interview with Men’s Journal:

For breakfast, I might do a cup of kale with eight egg whites, some strawberries and some blueberries. Some oatmeal. I’ll go train and have my protein shake after training. For lunch, I might have four ounces of chicken, four ounces of avocado, a couple handfuls of spinach and some almonds. Then I head back to the gym, [and have] another protein shake after training. My protein powder is all plant-based, organic. I do protein and greens after my training sessions. If I don’t do a protein shake between sessions I do like a fruit shake, I’ll make it before I go to the gym. Berries, flaxseed oils stuff like that. 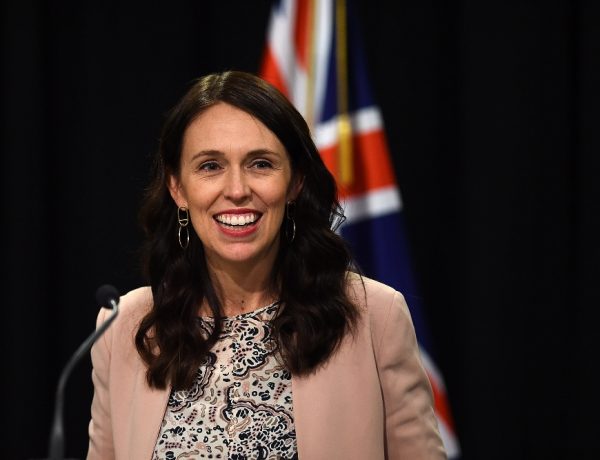 Balancing the Grind with Tim Ashelford, Head of Editorial at We Are Explorers